Athlete of the week: Dillon Mills 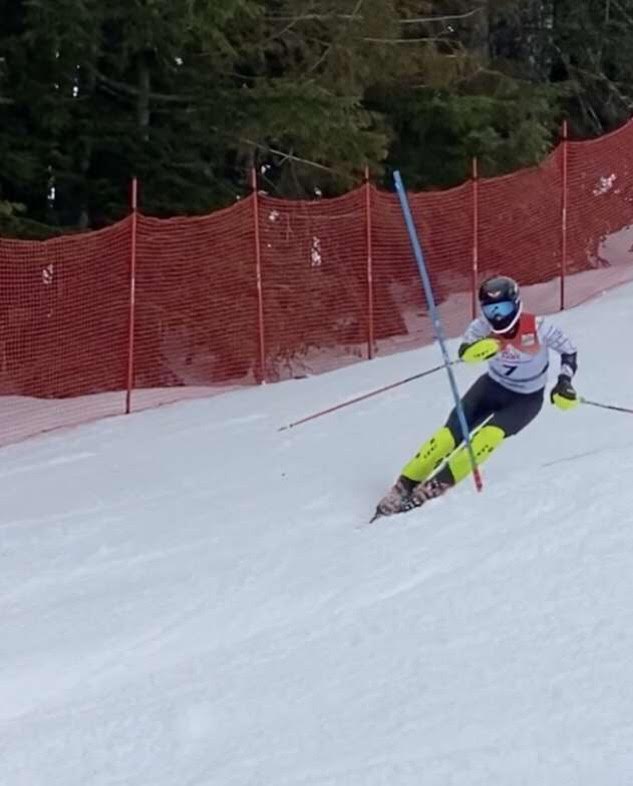 This ski season was very different as most things are because of Covid-19. For exampleThe Jesuit Ski team could not do some of their traditions that they have been doing for years.

“This year was different because the team did not get to stay Friday nights at the Tichy Lodge, which was a bummer as that usually is really fun.” Mills Said

Normally the ski team trains during the week and has races on the weekends.

“This year Races were on Wednesdays and Fridays, and training was on Sundays and Mondays and. We also only had three races instead of the normal six so the end of the season was hard, it felt like we had some unfinished business.” Said Mills

Dillon has been skiing and racing since he was really young, In the Mills family skiing is a lifestyle.

“I can’t really remember when I started Skiing I was probably around two or three.  Skiing means a lot to me, I grew up skiing with my family, it was always fun, and I plan to do it as long as I can, even when I’m not racing.” Said Mills

Dillon’s older brother and sister were both on the Ski team as well and he also loves to fly down the mountain.

“Going as fast as possible through the course is an unmatched feeling and a very good adrenaline rush, especially when you get to the bottom and have the feeling that you got a good time” Said Mills

This season was not normal for anyone, but luckily Dillon and his teammates  still got to race and have fun.

“This season was definitely more fun than I anticipated. The competition was tight and it was still fun despite it not being a normal season” Said Mills

Dillon is only a junior, so he can compete again next season and improve on his placements.

“I am really excited for next year. I get a whole summer to train and get better and I am excited to see what improvements I can make to compete again my senior season.” Says Mills