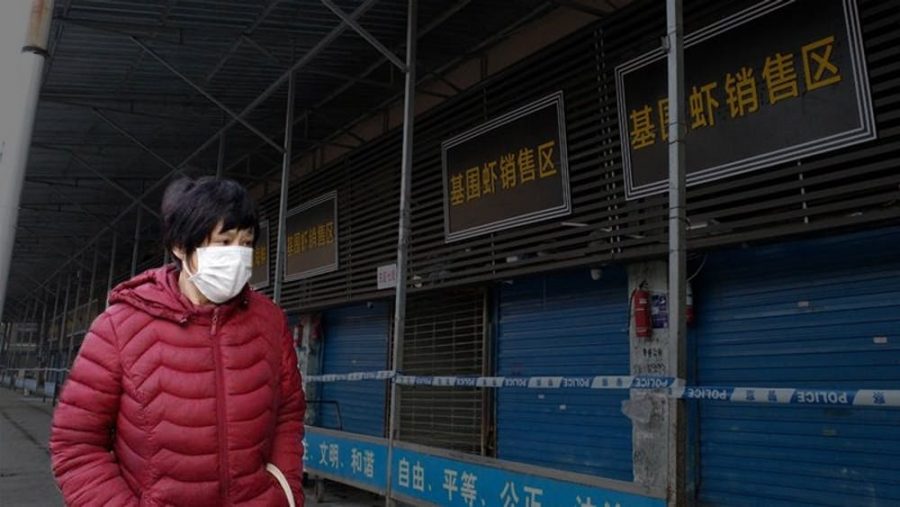 When speaking on the government’s plan of action facing the beginnings of the Coronavirus epidemic, President Trump referred to the virus as the “Chinese virus,” striking pushback and outcry from many. With criticisms from Americans, news outlets, and even WHO officials, many argued the President’s words were damaging to Chinese American communities and only further encouraged xenophobia (CNBC).

When responding to a comment asking if his wording of the virus was offensive, President Trump responded, “It’s not racist at all” (CNBC). However, not long after did the President choose to stop using “Chinese virus” to refer to COVID-19.

The virus did indeed begin in China. However, does this give a pass for the possible discriminatory and xenophobic implications of calling COVID-19 the “Wuhan” and/or “Chinese” virus?

“I think some people are placing blame on Chinese people for the virus because it is an easy fix,” said senior Marissa Dea-Mattson.

“In a time like this, with a lot of turmoil, people want to place blame and attack others… Yes, it did orginate in China, but it affects all groups of people, regardless of sex, ethnicty, and age.”

The hardships that have occurred due to the outbreak, such as job insecurity, cancellations and more, leaves plenty of desire for blame to be placed.

“The leader of our country and others are playing into the idea that [COVID-19] is the fault of one group of people,” Diversity Director Melissa Lowery said.

“That blame is not accurate or factual. It’s a feeling, and an opinion.”

“We usually don’t call other viruses by where they originated,” said sophomore Ché Lowery.

“It’s an excuse to be racist. Asian people are already victims of racial discrimination, and this puts even more of a target on their back.”

Blame and labeling the virus as “Chinese” creates an unneeded space for racial discrimination and xenophobia that only creates divides and tensions in a time where unity is needed the most. Being wary of the biases presented can help begin to squash discriminatory attitudes and lessen its effect on the Asians community in the future.

However, Asian Americans aren’t the only racial minority group being affected by COVID-19.

“Some communities which are disproportionately being affected by coronavirus are communities of color, especially Black Americans, because of health equity and lack of access to quality healthcare,” said senior Sudeeksha Yadav.

“And, US territories like Puerto Rico are experiencing colonialism-like symptoms of no aid from the US government and tourists continuing to vacation and spread disease to native residents.”

The presence of discrimination and the disproportionate effects of COVID-19 in communities of color calls for attention and remedies from American citizens. In a time of uncertainty and anguish, the dehumanization of certain groups due to race and other bias is uncalled for and needs to end. The only way to truly begin to lessen the emotional toils COVID-19 is taking on people around the world is to practice empathy and unitization with all of the people of the world, regardless of race.

“If someone blames China or other Asians for originating COVID-19,  I would tell them that yes, it did start in China, but it has been affecting everyone from all over the world,” said Dea-Mattson.

“Because we are dealing with so many globalized cases, it is wrong to be targeting people based on their outward appearance.  Placing stigma on people will not stop this illness but rather cause hatred and violence.”