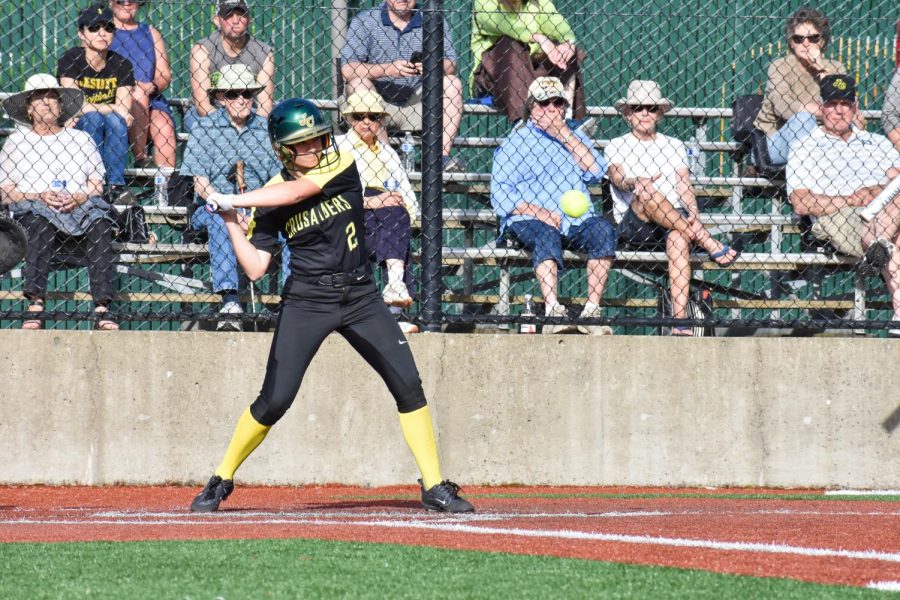 The softball team will look to start the season strong against Clackamas on March 14th.

As another season of spring sports approaches, softball looks to gear up and get ready to win another Metro League title. On March 14, they will face Clackamas to kick off their season. They will play a full 27-game season after Covid changed last year’s schedule.

The softball team will need to adjust after the loss of some seniors. One example was Jamie Turner, who provided a positive impact. Coach Jim Speciale noted the adjustments they will need to make.

“Turner was a senior that was a cheerleader for the team,” Speciale said.

This year, Ainsley Davis is one senior that will be influential in leading the varsity team this season. She expressed her mindset going into the season.

“I think we’re really excited, since the last two seasons have been taken with Covid,” Davis said. “We’re just ready to play a full schedule and play for a potential championship this year.”

As a leading senior, Davis has high expectations for this younger team. She hopes to make this year a memorable one.

“We are leaving it all out on the field, and we’re going to do whatever it takes to win,” Davis said. “As individuals, we need to come together as a team.”

Speciale also talked about his expectations for the team.

“Like every year, it’s to make the playoffs,” Speciale said. “Finish high in our league, and go as far as we can in the playoffs.”

There are some difficult opponents that Jesuit will watch out for. The toughest opponent in the Metro League is Westview, which the team will face towards the end of the season. Speciale emphasized the importance of the matchup.

“For league play it always comes down to us and Westview,” Speciale said. “Both teams are usually ranked in the top ten, so it’s a big Metro League contest for us.”

Outside of Metro, the team will need to watch out for Bend and Tigard.

Georgia Corey and Hannah Brink are two other seniors that can help lead the team.

“They do a great job of setting an example,” Speciale said. “They make the younger kids feel a part of the team.”

As for the new players that move up to the varsity team, they will play a big role in the success of the softball team. With a younger squad than previous years, Speciale is looking for some of the younger players to step up.