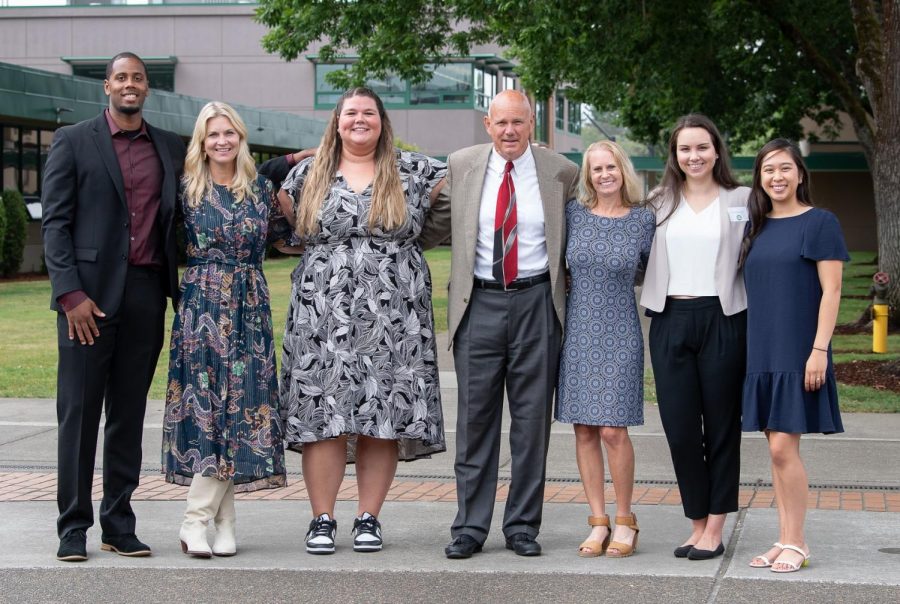 Thursday, September 15, Jesuit welcomed back alumni and this year’s Hall of Fame inductees for Alumni weekend. The festivities started with the Hall of Fame assembly on Thursday with the entire student body in attendance.

The 2007 Women’s Tennis Team, coach and JCTV mentor Steve Mueller, coach Katy Williams, Seth Tarver ‘06, Owen Marecic ‘07, and Elizabeth Brennan Kleffner ‘11 were inducted into the Hall of Fame. During the assembly, each inductee was included in a video in which they shared memories and advice with the student body and talked about the honor it was to be inducted.

That same Thursday, the inductees attended a luncheon organized by Kathy Baarts, Director of Alumni Relations. Each inductee was presented with a personal video about their time at Jesuit, the lessons they learned, and comments from their coaches.

Check out an interview with each inductee to hear more about their stories and thoughts on the Hall of Fame. 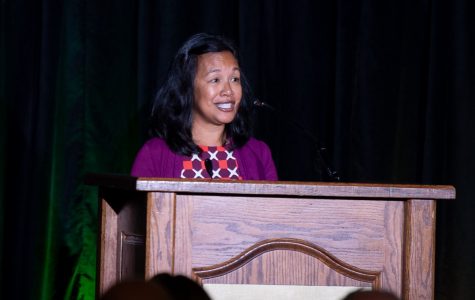 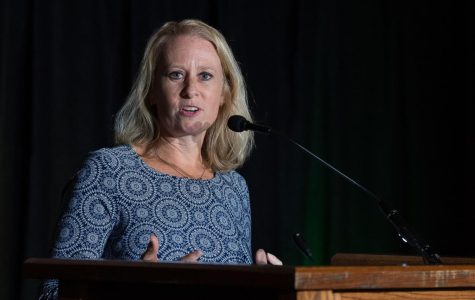 2007 Women’s Tennis Team Kirsten Ruchaber, a P.E. teacher and the Varsity tennis coach, shared her thoughts on the 2007 team’s induction into the Jesuit Hall of Fame. Question: What sticks out most to you about the 2007 Tennis Team? Answer: From the very first day we started practice to the end of the season, they worked hard, but they also had fun. This team was very cohesive and wor... 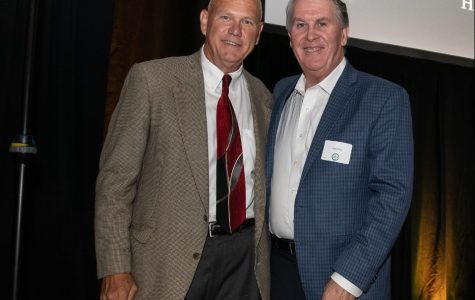 A member of the Booster Club since 2007, a public address announcer, and a founding member of JCTV, Steve Mueller is a valued mentor and coach.  Question: Can you state your name and title here at Jesuit? Answer: Well, I have no title. I wear a lot of different hats. First of all, my name is Steve Mueller. And I don't have a title. I mean, I just got my blue ID badge yesterday and it says “... 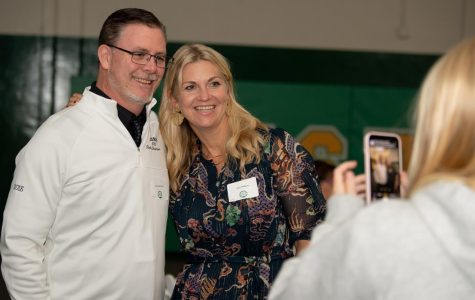 Katy Williams grew up playing golf in Oregon, played in college at Wake Forest University, and, after graduating, played professionally for four years. Katy began coaching golf at Jesuit in 2003, won the Jesuit women’s golf’s first state title in 2004 and another in 2005. Just as she began her career coaching at Jesuit, Katy ended with back-to-back state titles in 2018 and 2019. Katy now has thr... 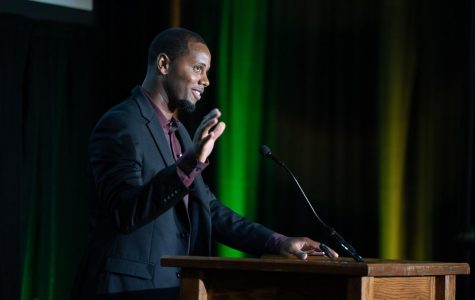 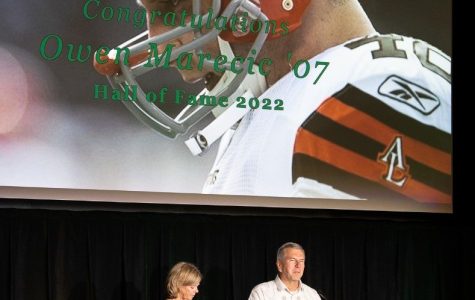 Owen Marecic '07 was part of Jesuit’s state championship football teams in both 2005 and 2006. He was the league and state Defensive Player of the Year and Second Team All State in 2006. Owen attended Stanford University after graduation, studying human biology and playing football. He played both as a fullback and a linebacker, averaging 110 plays per game. Owen scored two back-to-back touchdowns ... 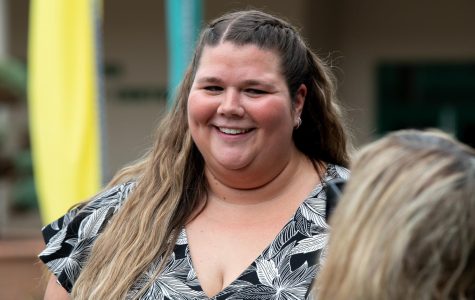 Elizabeth Brenner Kleffner '11 played four sports at Jesuit. She won the Oregon Player of the Year three times for volleyball and once for basketball. She was the Oregon Prep Athlete of the Year three years in a row. Elizabeth received national recognition for her athletic abilities and state titles in volleyball, basketball, and shot put. She went on to play five sports at University of Oregon. She was...