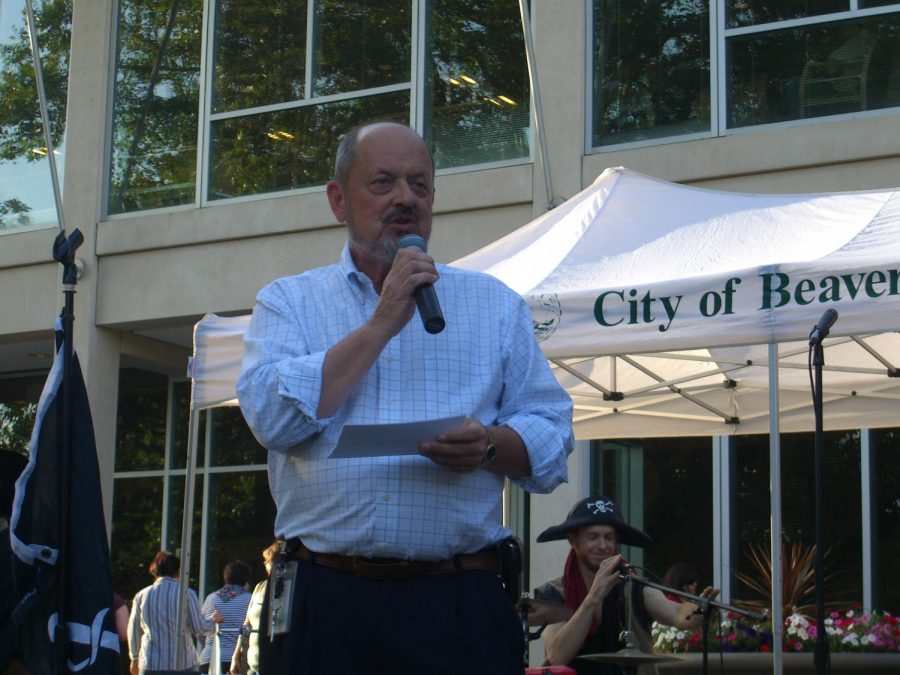 Beaverton Mayor Dennis Doyle has served since 2009. He is currently running for his fourth term in office.

For Jesuit students who live in Beaverton, Beaverton’s mayoral race may have significant consequences. Unlike every other city in the Portland metro area, Beaverton’s mayor functions as the chief executive of city government. Other cities, including Portland, appoint a city manager that collaborates with city council to institute policies. As a result, Beaverton’s mayor often exercises more authority compared to other mayors. Current Beaverton Mayor Denny Doyle has two challengers, Beaverton City Councilors Lacey Beaty and Cate Arnold, who serve Position 3 and Position 4, respectively.

Doyle is 70 and has served three terms, while Beaty is 35 and was Beaverton’s youngest city councilor when elected in 2014. Beaty has made the race about age and generational differences, arguing that Beaverton’s next mayor should be thinking about the next twenty years, not just the next four, which she suggests Doyle’s age prevents him from doing. Beaty generally embraces similar goals as Doyle, such as affordable housing and business development.

Meanwhile, though the race has long centered around Doyle and Beaty as the lone two candidates, a last-minute entry by Councilor Arnold has shaken up the race. Arnold stresses that she is only running for office to promote the adoption of Beaverton’s revised city charter, which voters will also decide on May 19. The charter will limit the powers of Beaverton’s mayor and create an appointed city manager-style government, a change that mirrors the organizational structure of most city governments, while also giving the mayor a seat on the Beaverton City Council.